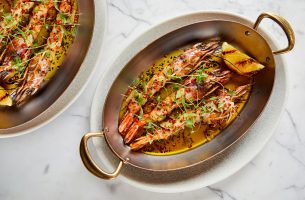 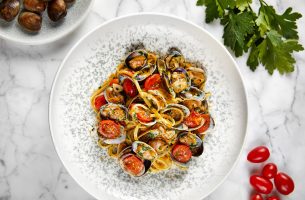 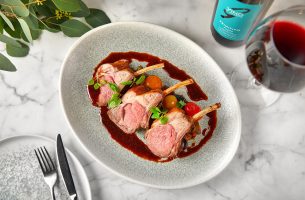 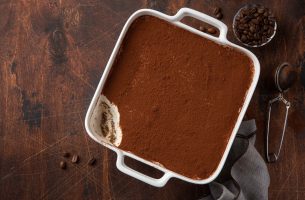 Born in Torre del Greco, Naples, in Southern Italy, Gino D’Acampo inherited his grandfather Giovanni’s love and passion for cooking. After studying and learning his culinary skills at the Luigi De Medici catering college, at the age of 18 Gino moved to London, England.

Gino started his television career at the age of 24, giving him over 21 years of experience presenting and participating in many prime-time TV shows. Gino also has two prime-time television shows in his home country for Discovery Italia. With cheeky wit and exceptional talent in the kitchen, Gino regularly appears on ITV’s This Morning, as well as having his own show Gino’s Italian Escape, where for the past 7 years, he’s been traveling around Italy in search of authentic Italian recipes.

Or you can buy yourself a new set of Gino pans ...

Braised Beef in red wine with super creamy mash potatoes, a dish that will make this winter warmer @ginomyrestaurant !…
GDx ...

I met this lady on my last shift at @asda … I promise I didn’t put the pans in her trolley…. #ASDA #ad #Cookware
GDx ...

Right now, it’s all about #NextLevelChef with ...

Right now, it’s all about #NextLevelChef with @gordongram … See you guys tomorrow 😎
GDx ...

Buonasera a tutti, this is my dinner tonight… ...

Buonasera a tutti, this is my dinner tonight… What’s on the menu for you guys?…
GDx ...

The most perfect winter dish for a cold day… ...

Everyone’s back to work now, but I don’t think...

Everyone’s back to work now, but I don’t think Orio got the message…
GDx ...

Developing some new recipes with the team at ...

Developing some new recipes with the team at @ginomyrestaurant for the New Year… I can’t wait for you guys to try…
GDx ...

Wow @ginorestaurantquayside … We have definitely...

Wow @ginorestaurantquayside … We have definitely embraced the Christmas Spirit this year!😎
GDx ...

Ciao guys, if you want to see some unseen bits ...

Ciao guys, if you want to see some unseen bits from our crazy adventures, you can watch Gordon, Gino and Fred tonight and tomorrow night at 9pm on @itv … #GordonGinoandFred
GDx ...

I bet loads of you are thinking the same ...

I bet loads of you are thinking the same today…
GDx ... 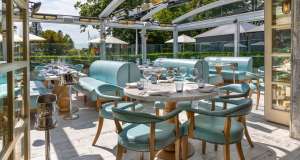